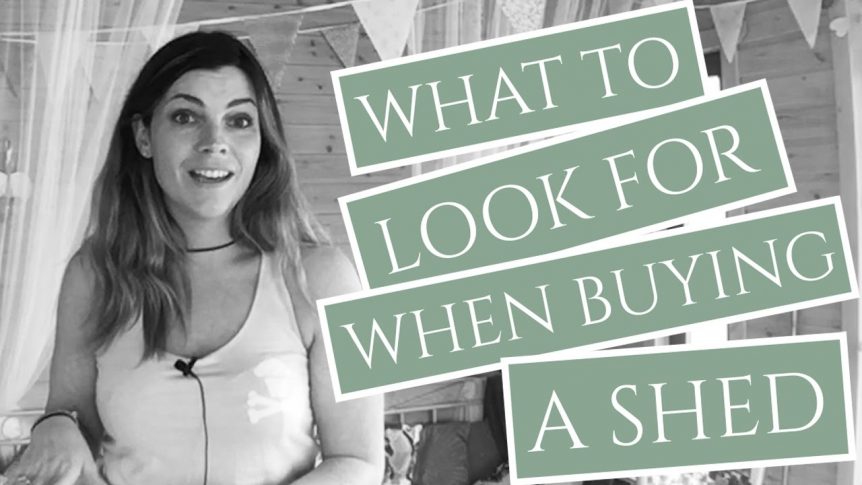 Okay, so there’s a few major concerns that I have about the things that you need to look for when you are buying sheds. One being this.

A lady that came to me the other day. She’s checking out her sheds because she needs a new one, because she bought one two years ago and paid a fair bit of money for it. What happened was that all the timber had shrunk, so there was massive gaps between the boarding in her shed.

That wasn’t the first time I’d heard of that about that particular company, and so I explained to her that it’s very important to look at what type of timber that the companies are using.

We use Scandinavian pine, which is a redwood, which means that the timber is far denser than the majority of what other people tend to use, which is a whitewood, a spruce.

The reason that Redwood is far denser is because it is grown in a slow growing climate. Primarily Scotland is not the ideal climate, we have far too much rain and sun and the trees just shoot up. There is no consistency in Scottish timber. It’s sporadic growth means that it breaks down dead easily, it cups, it splits and it shrinks very easily. And that’s where the problems occur when you are putting it into a shed.

The first thing is, definitely check the timber. Check what type of timber they’re using. Is it of good quality and does it come with some form of guarantee?

Which leads us onto the next thing. Are they making it themselves or are they buying it in and selling it on? If they’re buying it in and selling it on, it’s far harder for them to create a guarantee around that, and it’s a lot more difficult for you to do anything about it if something goes wrong with the building.
Look towards companies that are manufacturing themselves. There is a much more likeliness that you’re going to be well looked after, after delivery on that building.

When buying Sheds checking the specification and comparing them is first and foremost the best way to understand how much you’re getting for your budget.

As long as you look at the specification, take that into consideration, how they’re being made, is there going to be a decent guarantee and aftercare there, and what other folk are saying. Then you should be safe enough to make your buying choice.