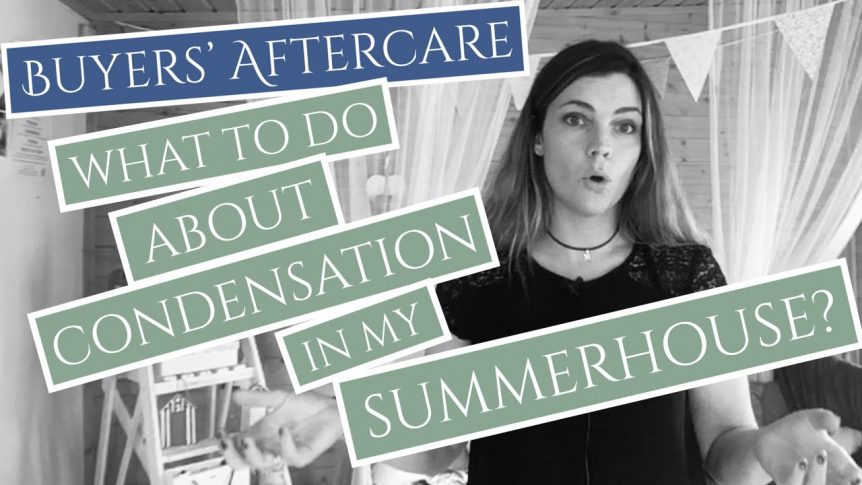 Timber buildings, such as your Summerhouse, will eventually succumb to condensation on its windows and doors.

But don’t worry… it’s totally normal for this to happen.

Thankfully, there are lots of ways to get rid of this condensation build up.

If you’ve got a Gillies and Mackay summerhouse, you’re probably going to experience some level of condensation build up on the windows and the doors.

This can be a bit of a problem, especially if the temperatures are fluctuating day after day after day, the build up can get excessive.

So the best way to combat that is to open up the building and let it air out. Open the windows, open the doors, pin them all right back and just leave it. Leave it for a good couple of hours and let it air right out.

The other thing you can do is you can add in the moisture capsules that you can pick up at the supermarket which draw out the moisture and the air, and that just takes away the buildup of condensation.

So you do need to act upon the condensation and open the building up and stop that from happening.