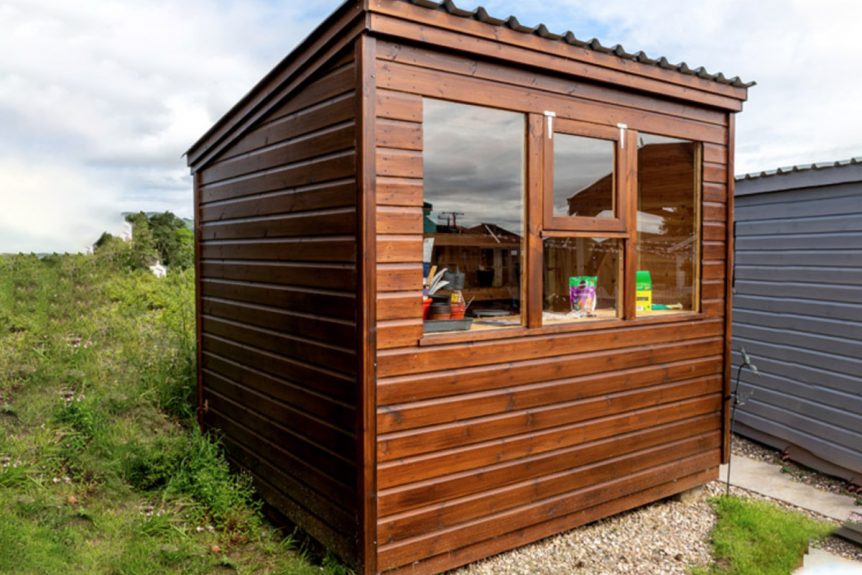 So you fancy yourself a gardener🪴🏡.

But you live in Scotland, where it rains around 250 days of the year, and a temperature high of 18 degrees has us reaching for sunscreen. Exposing plants to the relentless Scottish elements doesn’t give them the best chance of survival.

So, you need either a Greenhouse or Potting Shed, but there is so much to consider when choosing between them. You should think about the potential building use, budget, what the building is made of and so much more.

And we want to help make this process as simple as possible for you.

We specialise in this industry, it’s who we are and have been for the last 30 years. And it’s our mission to inspire you to make your garden the absolute best it can be. But we exclusively build timber buildings, which means potting sheds and not greenhouses but we want to be honest and transparent with you. We know that potting sheds aren’t the right choice for everyone and won’t always fit your needs and that is completely ok.

In this blog, we’re exploring the differences (and similarities) between potting sheds and greenhouses to help you figure out which is best for you.

What is a Greenhouse?

Did you know the first-ever Greenhouse was designed in 1861 at Chelsea Psychic Garden in London?

A Greenhouse is a structure made from glass (or plastic) and metal, and it is specifically designed to regulate internal climate conditions and house plants that can’t survive colder temperatures. It can be any size or shape and has transparent walls and ceiling so that the internal temperature is warmer than the outside temperature (very handy for cold Scotland).

If you want to grow more exotic plants, fruit, or vegetables that love warmer climates, then a greenhouse is definitely your friend.

However, they have a much bigger application as a plant incubator as opposed to storage. So, if you need somewhere to keep all your garden bits and bobs this probably isn’t the right option for you.

What is a Potting Shed?

A Potting Shed tends to be built from wood with multiple glass windows on one side. They are perfect for growing plants whilst also having room to store a variety of different tools. They are very much a multi-purpose building.

Potting sheds were traditionally a place where gardeners would take their breaks after a busy day.

A wet weather space, whereby gardeners could still work even if the heavens had opened and it was too rainy to continue working outside. A cosy little nook that provided shelter for the green-fingered among us that wanted to hide when the heavens opened.

They are very durable buildings due to their wooden construction. They can withstand a lot due to this and when looked after properly they can last a lifetime.

Greenhouse vs Potting Shed: what are the key differences?

So, now you know what exactly a potting shed and a greenhouse are, but now let’s look into the differences and similarities in a little more detail so you can figure out which is best for you.

The main things we are going to look at are:

Hopefully, by the end of all of this, you’ll know exactly which one is right for you, but if not we’ve got some tips that will help you.

Greenhouses vs Potting Shed: how do they work?

You need to know how potting sheds and greenhouses work to figure out which is going to be suitable for what you need.

How does a Greenhouse work?

Whereas, a Greenhouse is all about temperature control. They’re essentially an incubator that acts as a shield between a plant and the outside world. They are also far larger than Potting Sheds.

They work using a phenomenon called The Greenhouse Effect (we mentioned earlier but didn’t go into detail). This term was coined in 1859 by Irish physicist, John Tyndall, to describe how heat is kept close to the surface of the Earth.

Greenhouses are great in summer as they trap light in the building. It allows plants that wouldn’t survive Scottish climates to grow all year round.

How does a Potting Shed work?

Essentially, a Potting Shed combines a regular Shed with a Greenhouse. One side is timber (like a shed) and the other has glass windows that trap heat in the building using the Greenhouse Effect.

This allows you to grow seedlings in your potting shed year-round. But as they are timber they are also good at keeping heat inside during the colder months due to the wooden structure.

Greenhouse vs Potting Shed: what are they used for?

So, what can you use each for, as that will be a big determining factor in which one is best for you?

What is a greenhouse used for?

Greenhouses allow you to grow plants that would not ordinarily grow in Scotland due to the climate. It mimics warmer temperatures by trapping light inside the glass box.

While this sounds amazing, it does come with its issues. Greenhouses are brilliant in the summer months as they trap heat. However, if you’ve ever stood in a conservatory in Winter, you’ll know things get cold and a greenhouse is the same.

If you want to use a greenhouse to grow plants in the winter then you will struggle (or will have to insulate it).

If you want somewhere to grow exotic plants, fruits and vegetables, then a Greenhouse is the right fit for you. You can grow plants that you may not ordinarily consider growing, like Tomatoes, Kale and Lettuce.

Now that sounds good, doesn’t it?

What is a potting shed used for?

A Potting Shed is a lot more multi-purpose than a Greenhouse.

This is because, in theory, a Potting Shed combines all of the best elements of a Shed and a Greenhouse.

Traditionally, a Potting Shed was a place where gardeners could take a break after a long, hard day in the garden.

You can store tools in it, and also provide a place where seedlings can thrive in a controlled environment.

Potting Shed vs Greenhouses: how much do they cost?

The budget might not be the only consideration, but it is certainly an important one and something you need to think about when choosing the right building for you.

How much does a Greenhouse cost?

Prices can vary for Greenhouses, it really is all dependent on what size and style you are after. We are going to look at set examples just so you can see a rough cost.

We are going to look at an 8X8ft Greenhouse, just to give you an idea. So the average cost of a Greenhouse of this size is roughly £1,000.

Again, don’t take this for gospel, it is just to give you an idea of costs.

How much does a Potting Shed cost?

We are also going to do the same with a Potting Shed and have looked at average prices of 8x8ft Potting Sheds. The average cost of an 8x8ft pent shed in Scotland is around £2,000.

If you fancy buying from Gillies & Mackay Potting Sheds, ours starts at £2,454.

Potting Sheds do tend to be more pricey than Greenhouses due to their wooden structure, this is because glass tends to be cheaper than wood.

Again, whilst this isn’t a typical problem, it is important to know because you should only be going for something that you can afford.

What are the size differences between a Potting Shed and a Greenhouse?

Realistically, either building could be any size that you want it to be.

The size of the building is all dependent on a variety of factors including, space, materials, what you’re using it for, shape etc.

The sizing side of things will come together when you work out a budget, what space you have and what you’re needing the building for.

Size is totally subjective and we wanted to be honest and transparent about that.

We know this isn’t a problem as such, but for some, it could be because space may be an issue.

What are the problems with greenhouses or potting sheds?

Now, it’s not all sunshine and roses in the land of Greenhouses and Potting Sheds. They both come with their own challenges and problems.

It is important to discuss these because this can help make sure you’re making the right decision.

Potting Sheds also tend to be far more durable than Greenhouses due to their wooden construction.

They tend to be sturdy and less susceptible to damage from the elements.

Greenhouses are made from glass, which means they can be far more susceptible to damage. Glass is much more prone to being damaged during weather events like storms because glass is more breakable.

In general, a Greenhouse requires much more maintenance.

Things to consider if you are stuck between a greenhouse or potting shed?

The easiest way to do this is to really narrow down what you’re looking for.

Are you looking for storage space?

A place to grow plants?

A place to do both?

Or a place to simply kick back and relax?

There are so many options, so the best place to start is to make a list of what you need. Once you narrow down your requirements, the decision will be easier to make.

The decision is a personal one, you have to choose what’s going to work best with your goals and go from there.

If you need a larger place to be able to grow plants all year round, then a Greenhouse would be the right choice for you. However, if you’re needing a smaller space where storage is the main function, but you still need room for seedlings, then a Potting Shed would be a better option for you.

We hope you now have a better understanding of the differences between a Potting Shed and a Greenhouse.

If you have decided that a Potting Shed is a way forward for you, we can help. We make world-class Potting Sheds and can help you make your sheddie dreams a reality. Book a consultation with our team to discuss this further.

Huge savings to be had in the G&M Winter Sale! Learn More