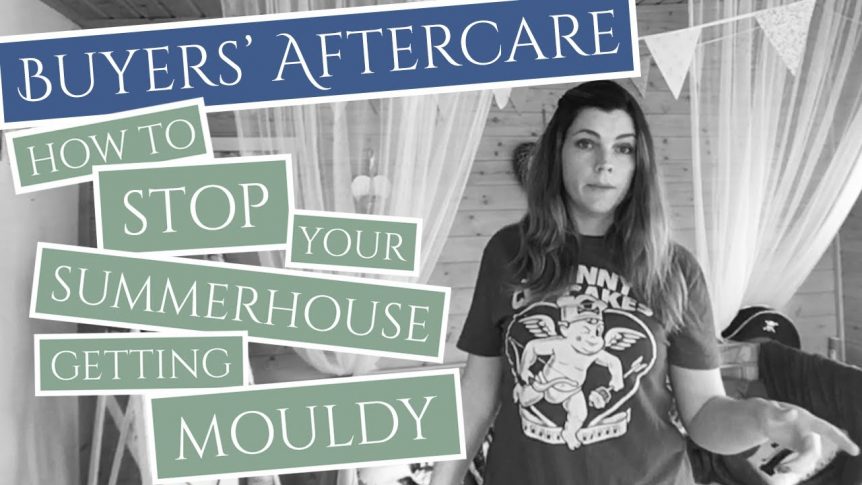 So if there’s a moisture buildup inside your Summerhouse then it is going to be vulnerable to mould and rot buildup internally.

You need to make sure that you’re doing the right things to stop that from happening.

It’s very straightforward. And it just needs a good air out every now and again.

The other things to consider are making sure that you’re not keeping anything that’s damp inside the Summerhouse, wet material, garden furniture etc.

Also you’ve spilled any liquids inside the Summerhouse (primarily wine) make sure that you’re airing it after that.

The other thing that you can do is get moisture cancelling capsules that draw the moisture out of the air. They come in little boxes. You can pick them up at your Supermarket, fairly easily.

Just stick one of them in, in the winter months.

This is especially when the temperature is rising and dropping quite a bit, which adds to the condensation buildup. And again, more moisture.

So if you focus on combating the moisture build up before it happens it will stop it from getting mouldy.

Our prices are increasing on 1st June 2022 Book Consultation