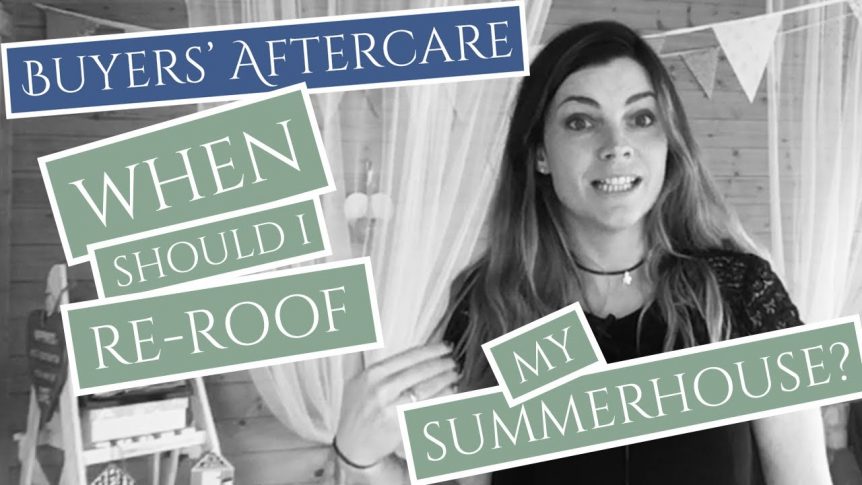 If you’re looking at your Summerhouse and wondering if you should have it re-roofed, wait… it might not need it yet.

If you have a Gillies and Mackay Summerhouse, that’s maybe eight or nine years old, you’re probably thinking that you’re going to have to re-roof it soon.

And you’d be right… because when you bought the Summerhouse, we told you it had a life expectancy of 10 years and is guaranteed by the manufacturers for 10 years.

So you’re right in thinking it’s time to get it re-roofed.

What I would suggest first of all, is to check if it actually needs to be done.

If the felt that’s on it is not actually letting any water in then its probably okay.

Have a look at the roof and make sure that there is no breakdown in the felt from stuff that maybe growing on it. If you’ve got overhanging trees or bushes there tends to be a moss build up on top of the felt. If all that’s okay, then it’s fine.

If there’s no breakdown in the shingling of the felt that’s fine. If, it’s not letting any water in that’s also fine.

We’ve been back to ones that are that old and haven’t needed felting before then.

You can get some more time out of it. The ten-year guarantee is just an expectancy, but it can last longer than that.